What we know about Fortnite season 9’s Utopia skin, Singularity 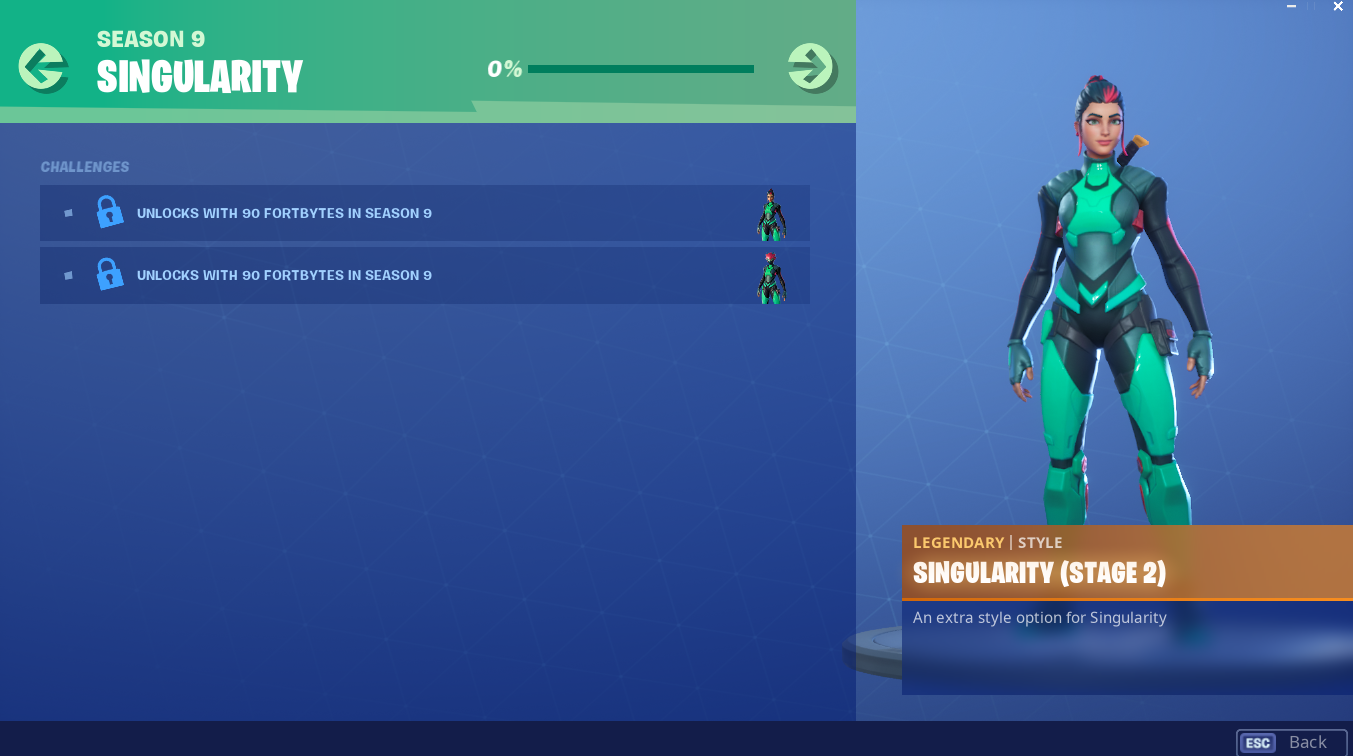 Fortnite: Battle Royale season nine hides several mysteries, and one of them is the Utopia skin.

This is a character outfit that players can only unlock while season nine lasts. Its release is tied to the season nine Utopia challenges, which are part of a season-long set that rewards players for completing weekly challenges.

One of these rewards is the Singularity skin. It’s a Legendary character outfit that was revealed after the v9.30 Fortnite update.

Related: How to find and unlock all Fortbytes in Fortnite’s season 9

Players can soon unlock Utopia. Its challenge says players must get 90 Fortbytes during the season to add it to their Locker. There were only 18 of those available on launch day on May 9, but Epic’s been releasing challenges for at least an additional Fortbyte every day. That means it’s been taking a few weeks until fans have 90 unlockable Fortbyte pieces to grab and unlock Singularity.

Since players need Fortbytes, that means Utopia is impossible to unlock if you don’t own the premium season nine Battle Pass. These special items are unobtainable if you only have the free pass.

This method of obtaining a season-exclusive skin is the first of its kind. In previous seasons, like in season eight with Ruin, players had to complete a high number of weekly challenges to unlock the outfit. There was also an indirect paywall behind them: In season eight, it required 55 weekly challenges to be unlocked, which is impossible to achieve with the free pass’ 30 weekly tasks.

If Epic releases only one Fortbyte a day, the 90th will become available on July 20, and that’s when players will be able to use Singularity. It doesn’t follow the same trend as past seasons, so the skin doesn’t come with a additional cosmetic items. But players who unlock it can complete challenges to unlock two additional styles for her.