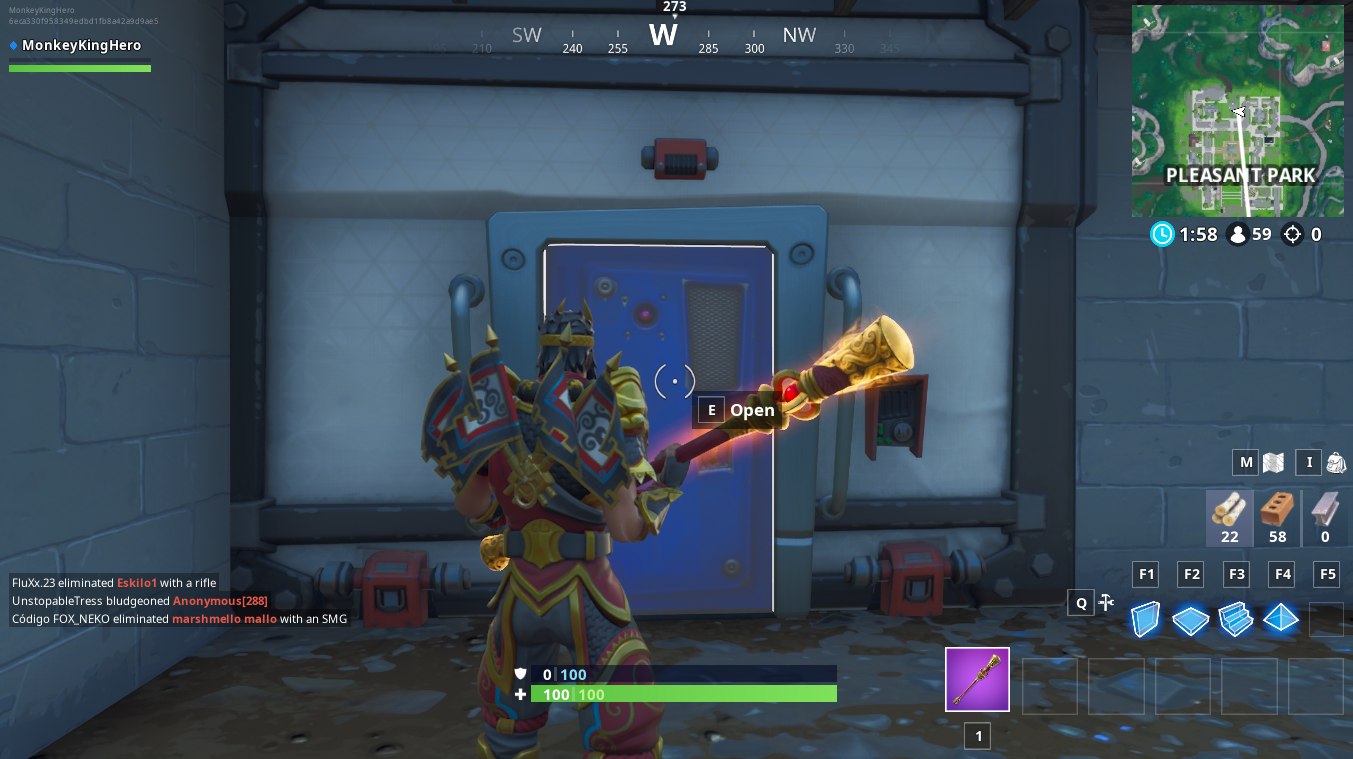 Fortbyte 37 can be “found inside a disaster bunker basement in Pleasant Park.”


This Fortbyte is hidden in Pleasant Park’s northernmost building in the center. It’s a small house that doesn’t seem to have anything decent inside of it at first glance.

Head toward the stairs and pickaxe the floor to reveal a secret staircase. Once you loop around the corridors, it’ll take you to a hidden bunker.

The Fortbyte you’re after is inside of this bunker in the kitchen area. You want to turn left immediately as you enter the doorway to find it. Be careful, though. This place has a lot of weapons and loot, so someone will surely try to gun you down as you try to collect the Fortbyte.

The post How to find Fortbyte 37 inside a Pleasant Park disaster bunker basement in Fortnite season 9 appeared first on Dot Esports.