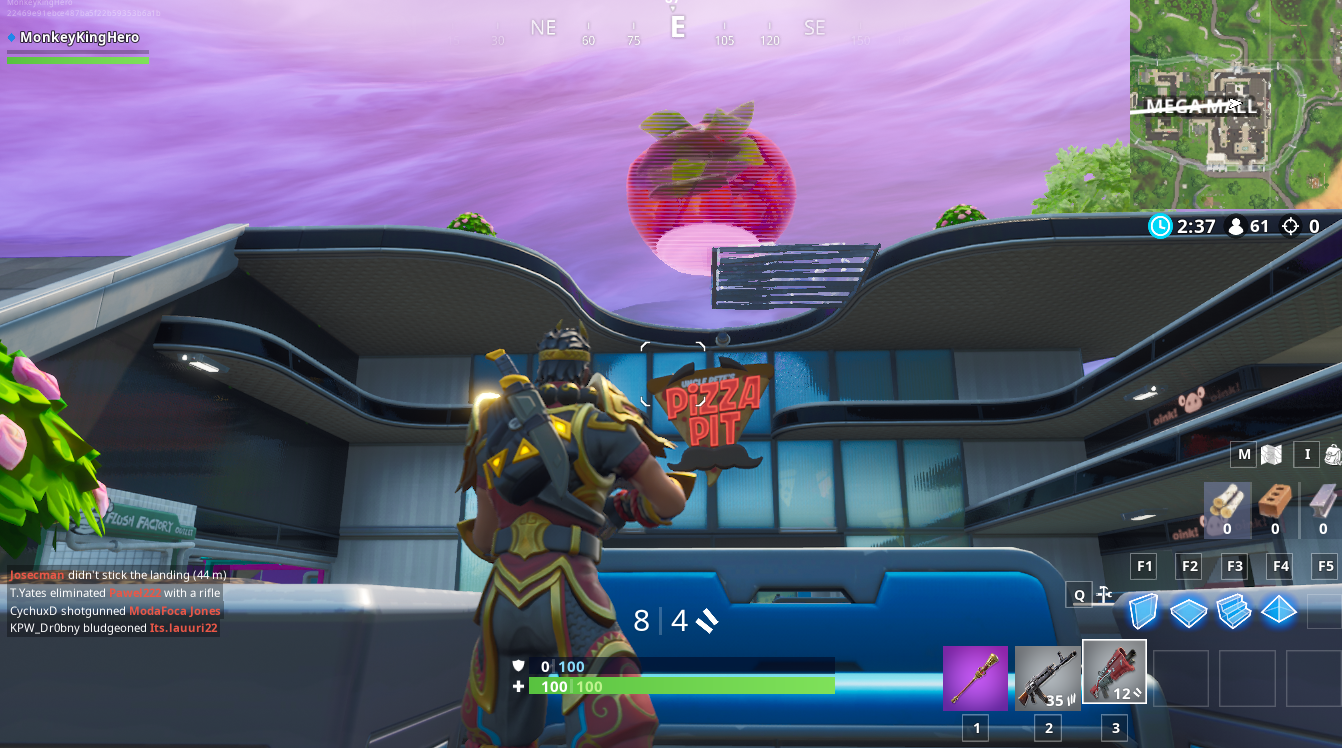 Its time to show which fast-food giant you show allegiance to in Fortnite: Battle Royale today by going in search of Fortbytes.

Fortbytes, for those living under a rock these past few weeks, are a new series of collectibles added in season nine that unlock various rewards and prizes as you unlock more and more. There are 100 in total and one is added to the game daily in the form of a mission.

For today’s task, Epic Games wants you to complete the “Accessible with Durrr! Emote Inside Pizza Pit Restaurant” challenge to unlock Fortbyte 59. 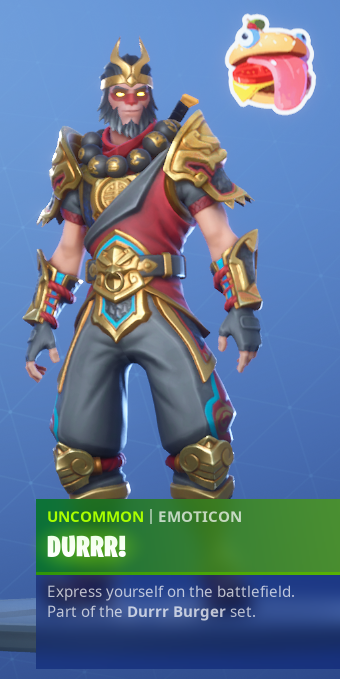 First, you need to have the Durrr! emoticon, which is a tier 53 reward, and equip it to your emote bar. Don’t confuse this with the similar looking Durrr Burger emoticon that was released in a previous battle pass.

Now, head on over to the Mega Mall and you will notice a giant hologram. The restaurant you are looking for is below that.

You’ll see a door with a no admittance sign right next to it. Go into that room and keep heading right until you see the Fortbyte on the floor. Then, use the emote and you can unlock the Fortbyte for yourself.

The post How to find and unlock Fortbyte 59 in a Pizza Pit Restaurant in Fortnite season nine appeared first on Dot Esports.