Fortnite robot’s torso has been assembled at Pressure Plant 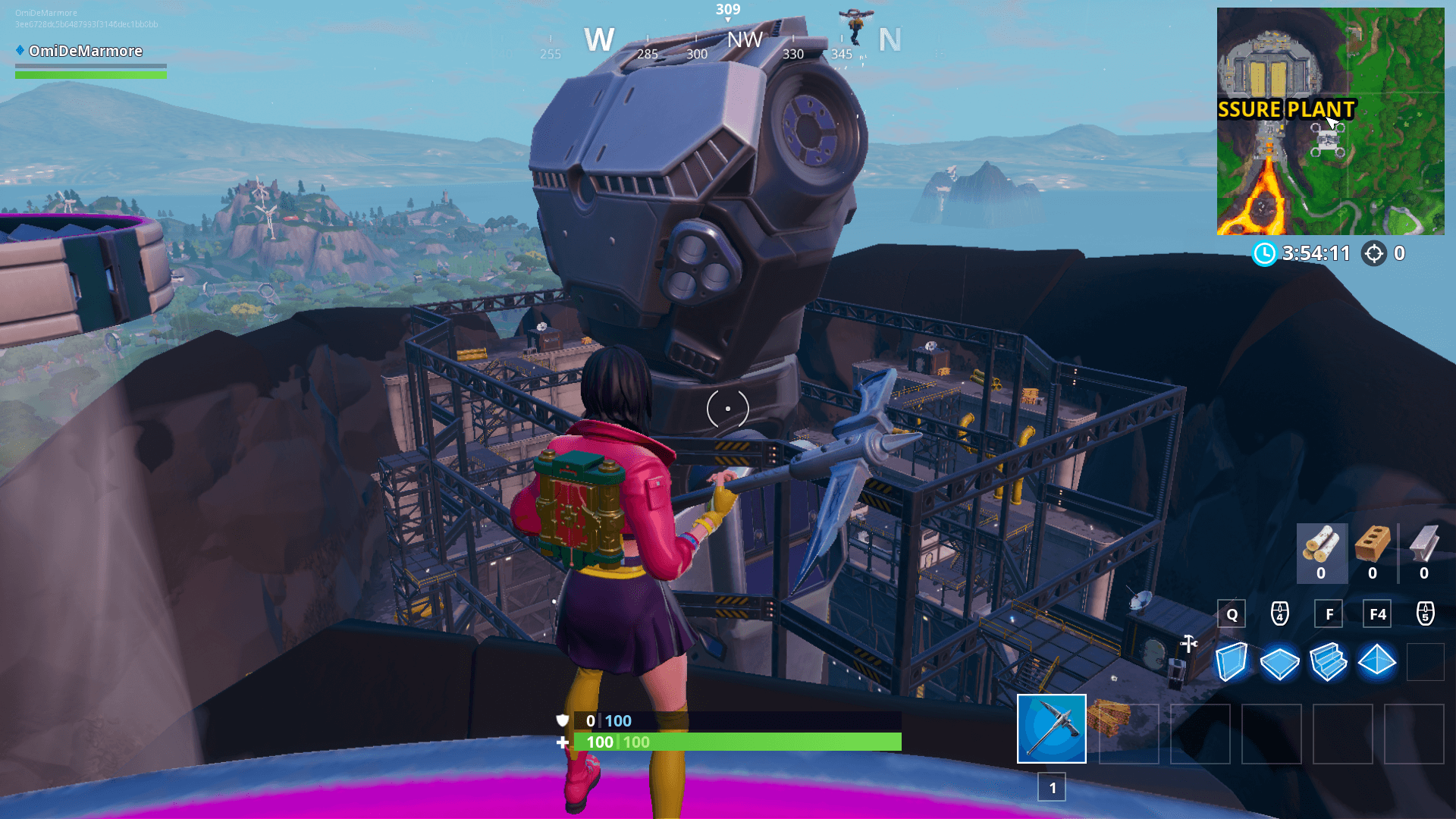 The gigantic robot at Fortnite’s Pressure Plant just got another part built.

Players who jump into a match will now see the robot’s torso when landing close to that area. Now the robot’s head and arms are the only parts left to be assembled, though we have yet to learn when they’ll appear in the game.

The Pressure Plant robot is what players and data miners speculate will fight the Polar Peak creature that broke free from an iceberg and took the entire Ice Castle for a swim on its back. Since the robot started being built, players haven’t seen or heard the creature again. Regardless, that’s the only apparent reason why someone would build such a huge robot on the Fortnite island so far.

Data miners estimate the robot’s feet are almost the size of the main Mega Mall building. The entire mech is probably the biggest object players have ever seen in the game, and it might be what is needed to fight the Polar Peak creature if it ever attacks the Fortnite island.

This robot-versus-monster plot that Epic is setting up might be part of the season nine ending. Even though we’re approaching the last set of weekly challenges of the season, the company confirmed season 10 starts on August 1. Season nine will last 12 weeks instead of the usual 10, most likely to avoid big changes to the game before the Fortnite World Cup that starts on July 26. After the tournament is over on July 28, players can expect important developments in the season nine plot leading to season 10.

Until then, all we can do is wait for the robot to be built. It’s not changing anything in the game so far and parts are appearing slowly, so it might be a boring couple of weeks for those eager to see how the robot will look like in the end.

The post Fortnite robot’s torso has been assembled at Pressure Plant appeared first on Dot Esports.